With the NBA draft 5 hours away, things here could change due to potential trades. Many think the Grizzlies will deal their pick and look to explore other options. Chandler Parsons contract is making this an uphill battle for them to get done. I personally feel the Cavaliers could trade that 8th pick and a player for Kemba Walker, giving the Hornets the 8th and 11th pick and a better shot at a fresh-start rebuild after already moving Dwight Howard earlier this week. If that happens, there is a chance King James could stay on his throne in Cleveland and try to make it out of the East for a 9th straight season. If they don’t make a move and Trae Young is on the board at 8, I think they take him. After losing to Steph Curry and the Warriors 3 of the last 4 years in the Finals, the prospect dubbed as the “next Steph” might be too intriguing to pass on there for them. With the rise of Shae Gilgeous-Alexander comes the fall of Collin Sexton on this board. If you get him outside of the top 10, consider it a huge steal, Sexton could very easily be first PG off the board still but has seemingly lost some hype closer to the draft.

Other notable prospects to fall just outside the lottery: 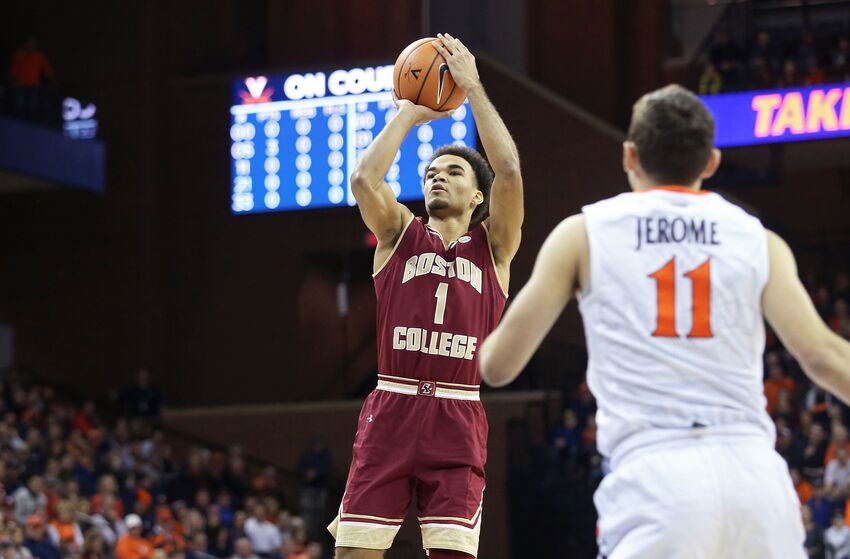 First-Team All ACC, 2nd in the ACC in scoring and Runner up ACC Player of the Year. The man in front of him for both honors was none other than Marvin Bagley, projected #2 overall pick. This kid can score from deep, mid-range, and take you to the hole, doing it all with efficiency at 48.5% FG while taking the most shots on his team. He needs to put on some more muscle for the long and trying NBA season, but wherever he ends up, he makes an immediate impact and contributes with his instinctive scoring abilities. Dude can fill it up, end of story. — Prediction: Bucks, 17th pick

Smith had a breakout season at Texas Tech taking himself from not even in the ESPN top-100 his senior year of high school to a potential lottery pick who just signed with Puma. The rise he has experienced these last 12 months is almost unprecedented. Standing at 6’ 2” without shoes, Smith did not help his stock with combine measurements, but everything else he did there sure didn’t hurt. He is a freak athlete with a lot of room for improvement as he continues to learn his still blooming athletic prowess. The intrigue here could have him go earlier than expected. I don’t know that his impact is as immediate as many others will be, but if he improves his feel for the game and offensive abilities, he could be someone to watch develop slowly but surely. — Prediction: Spurs, 18th pick

You don’t just find athletes like Walker. If this guy can stay healthy and improve his play-making abilities, he could land somewhere in the range of Dion Waiters (on the low end) to a poor man’s D-Wade. A lot of teams are concerned about his ability to stay healthy, but at 19 years old he’s got some maturing still left to do. This could be a huge risk/reward pick as this is another low-floor, high-ceiling type player that has immense athletic ability, but still has plenty of question marks surrounding him. — Prediction: Wizards, 15th Pick